Happy Friday, y’all! Who’s in the mood for some great news?

Firstly, the audiobook of THE ELECT released this week! You can check it out (and BUY it) here and here! The narrator is TJ Clark, and I think he did a phenomenal job bringing August to life. I couldn’t be more pleased with the final product. 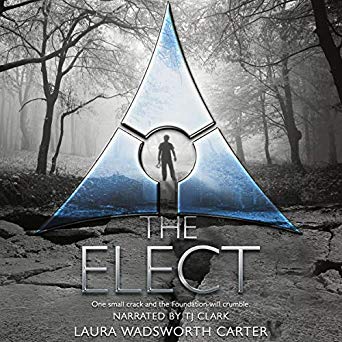 Additionally, RESTORATION, the conclusion to THE ELECT DUOLOGY, is now under contract with publication expected in early 2019!

I am so very excited to share the final half of August’s story with you all. Thank you to each of you who has not only hung in there but also encouraged me over the past two years. Your patience is enormously appreciated. As a thanks and to help get you through the final waiting period, here’s a quick blurb about what you can expect in the upcoming sequel, RESTORATION!

Warning: SPOILERS AHEAD for those who haven’t finished THE ELECT!

Several weeks have passed since eighteen-year-old August found himself at the epicenter of a failed rebellion to overthrow President Karlmann, leader of the tyrannical Foundation. Now stuck inside a refugee camp in the bordering nation of Staridruch, August is determined to get back to Belstrana and finish what he started, but he can’t do it alone. So, when President Merkel of Staridruch suddenly offers him weapons and supplies, August leaps – albeit hesitantly – at the opportunity.

Only somewhat aware of the danger that his status as an Elect poses to those around him, August leads his friends, including Elisa, back into Belstrana and into the nest of rebels. Unfortunately, things aren’t as clear-cut as they seem, especially when August realizes that President Merkel isn’t quite as altruistic as he appears. And to complicate matters, an ally-turned-enemy has now taken over the rebel movement and continues his plot to use the child army of Young Ones in combat against the Foundation.

Caught between the Foundation, the rebels, and his own sabotaged mind, August finds himself tangled in a web of betrayal that spans decades and crosses political borders. Regardless, he’s willing to risk everything – including any hope of a future with Elisa – to bring down the Foundation once and for all and restore peace to the tiny nation of Belstrana.